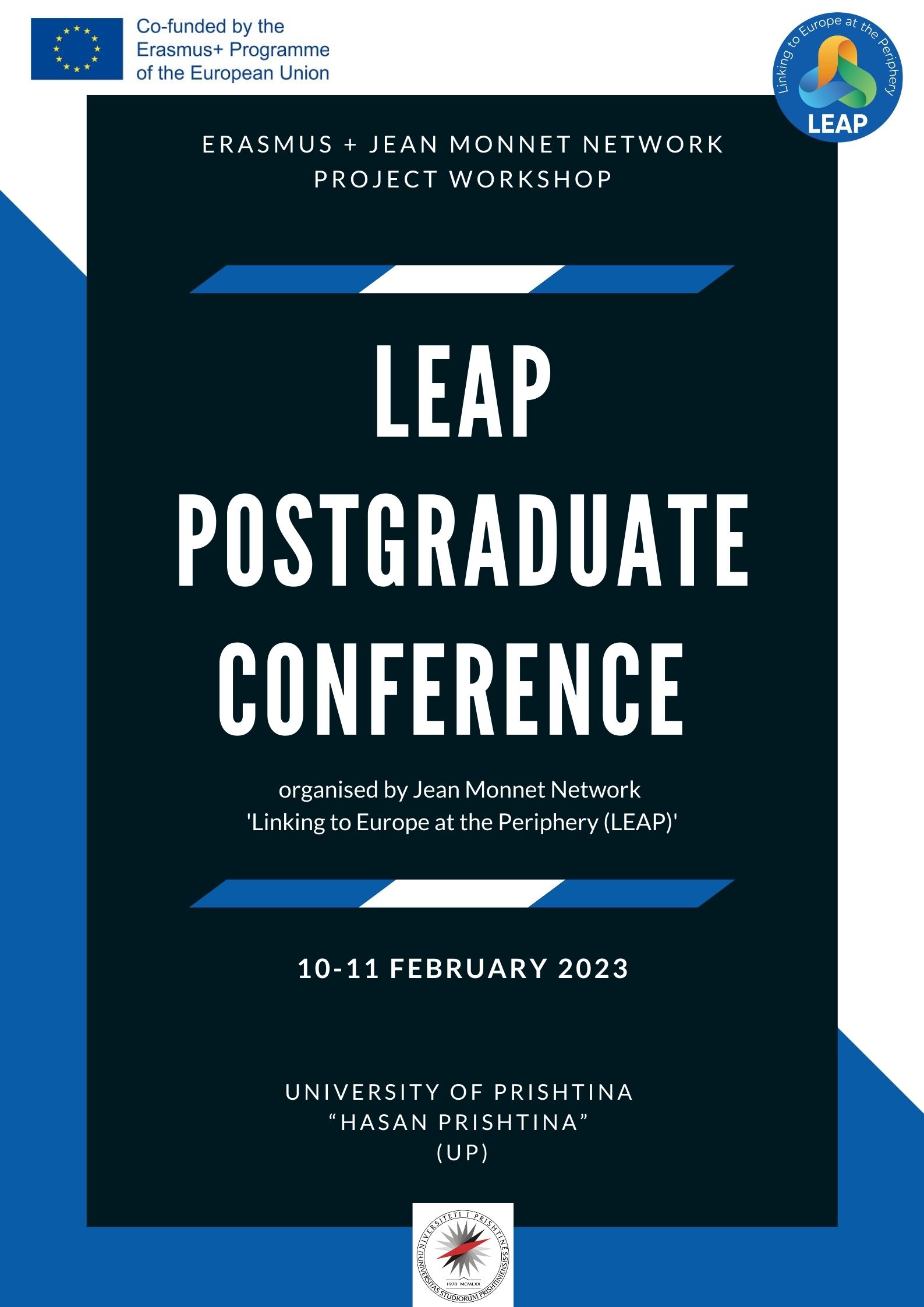 The relations of the European Union (EU) with the six countries of the Western Balkans (WB6) present a complex model of center-periphery interaction. The EU confirmed the European perspective of the region during the June 2000 European Council in Santa Maria de Feira. With the Thessaloniki European Council in 2003, launching the Stabilization Association Process (SPA), the EU continued to concretize the measures of interaction with the Balkan countries, where these countries were recognized for the first time as 'potential candidates'. The main goals of the PSA are to support the accession process of these countries to the EU, to promote democratization, the creation of a functional market economy, democratization and institution building, etc. Regardless of the fact that the EU has encountered successive crises during this time, such as the Eurozone, BREXIT, migration crisis, Covid-19, it has continued to show commitment to support these countries on their European path. Finally, the EU, in its 2018 Enlargement Strategy, once again confirms the European future of the region. As a post-conflict region in the nearest neighborhood of the EU, it has received increased attention from the latter, which has shown a strong presence and has been the biggest promoter of structural changes in the political-institutional and social life of the countries in this region since 2000 until today. Since then, the WB6 have marked different degrees in fulfilling their EU integration agenda. Still all of them are trying to do their best fill the integration criteria’s and advance into their respective EU path. The democratization, rule of law, neighborhood cooperation, sustainable economic development, among others, of the region remains fragile as some of its members are facing internal as well as external challenges ahead but this does not seem to be an obstacle for them and their aspiration toward the EU values and EU membership. It definitely proved as well as proving that the process was not an easy one starting from the political consequences as some of the regional actors do not normally communicate, lack of economic progress bringing waves of migration targeting EU as final destination, lack of rule of law and respect of human rights as well as effects of the COVID-19 pandemic kept region somehow “frozen” and slow down its integration process toward EU.
University of Prishtina “Hasan Prishtina” (UP) within the framework of the LEAP Jean Monnet Network is organizing one-day postgraduate conference addressed mainly to young scholars and PhD candidates from different fields of political, economic and social sciences in general, as well as to policy experts with hand-on experience aiming to evaluate and critically discuss the current developments into the region as well as perspectives of all Western Balkans countries for the future. The postgraduate conference is open to international doctoral students and young scholars working on political studies, programs of EU studies and EU integrations, international relations and economic development and different other disciplines, aiming to encourage, accelerate, strengthen and promote academic dialogue between different national as well as international academics, young researchers and students.

The conference is organized in the frame of Jean Monnet Project “Linking to Europe at the Periphery”, under the title “The legitimacy of the new integration dimension at EU – Western Balkans Perspective”. The panels and speakers with their contributions will be concentrated, but not limited, on the issues as in the following:

Through this call we welcome all interested parties who can give their contribution to the conference with their work, presentations, analysis as well as any up to date research or critical insights and policy analyses mentioned above.

The conference will be opened on 10th of February, 10 AM (Kosova time).

The postgraduate conference will take place on February 10-11, 2023. All interested postgraduate students and other participants must send an MS Word (.doc, .docx) file including the title of their research, an abstract of no more than 400 words or a poster names and affiliations of the authors to the following email: [email protected] and [email protected] until January 27, 2023.

Selection of the participants will be communicated by February 1, 2023.

The language of the event is English.
Participation in the workshop is free, all attendees will be granted a certificate of participation to this international event. In case of questions, please contact the LEAP Coordinator for UP - Afrim Hoti, University of Pristina at [email protected]

The European Commission's support for the production of this publication does not constitute an endorsement of the contents, which reflect the views only of the authors, and the Commission cannot be held responsible for any use which may be made of the information contained therein.